Brown sugar melting with butter and milk, puckering up and popping a kiss of sweetness into the air, is there anything better?  In Dying to Go Viral (Fitzhenry Whiteside) Jade lists making fudge as one of the things she wants to do in the one week do-over of her life.  Where did the idea come from?

When I was a kid, the school used to have candy sales to raise money.  Everyone was supposed to make and bring in fudge, not something in my mom’s cooking repertoire

Still the night before we would gamely try with the ingredients at hand and without a candy thermometer.  We’d watch for the illusive soft ball stage in the candy.  Never worked.  Mom would roll the results in oatmeal and we’d bring in sticky balls of sweetness.  Here’s the scene from the book followed by a great recipe I used for my own book launch treats and an even easier chocolate recipe used by my daughter , JM Filipowicz (author of Wardroids, Double Dragon)

Never Fail Fudge the recipe was called and I had all the ingredients except for evaporated milk but if I just let our regular two percent milk sit awhile, it would evaporate.  I left Never Fail on the screen and poured out the milk that it called for. 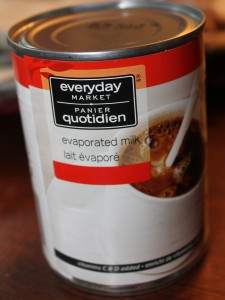 In a pot I dumped a cup of butter and white sugar with the two cups of brown and then couldn’t be bothered to wait for the milk so I poured it in.  You were supposed to boil it to soft ball stage so I’d just boil it longer and the milk would evaporate then.

It didn’t take long. With every bubble that popped from the boiling sugar and milk, a buttery sweet smell released into the air. 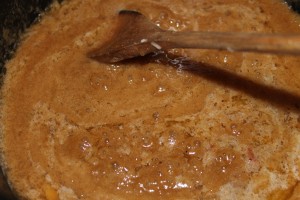 I used a cold cup of water and dropped some sugar liquid in.  Nope, it barely formed a string.  I boiled some more, stirring with a big wooden spoon.  Next test, I got a blob, more the shape of a parachute than a ball. Ah, if you could only sky jump from a caramel parachute. 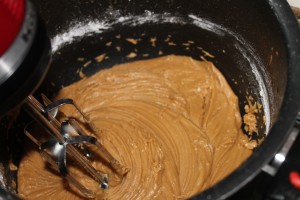 Boil the brown sugar, milk and butter for 10 minutes.  Remove from heat, add the icing sugar and mix for 5 minutes.  Spread into greased 8 X 8” pan.  Cool before cutting.

The beauty of this recipe is that there’s no thermometer needed and no testing the fudge by wasting droplets of it in a cup of cold water, the way Jade does, the way Mom and I did.  A cautionary note, the reviewer of the recipe suggests it doesn’t make much so double up.  If you do make a double batch the time for boiling would need to be increased.

An even easier recipe for chocolate fudge is

Melt the two together in the microwave, carefully not to burn.  Spread evenly in buttered 8 X 8.  Chill for a couple of hours.

The downside is you won’t experience the aroma of the sugar and chocolate in the air.For either recipe you can add vanilla and whatever nuts you are not allergic too.

Enjoy this fudge with feet up as you read a book, preferably Dying to Go Viral.  Enter to win one of five free copies at Goodreads.