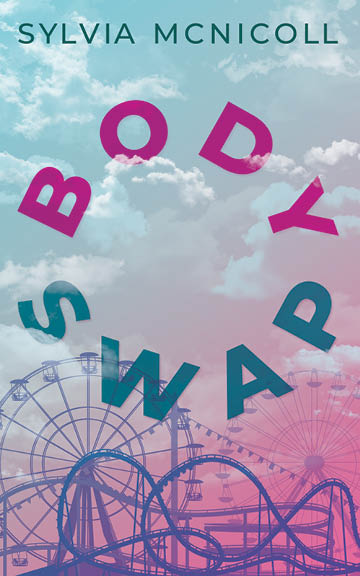 Winner of the 2019 Hamilton Literary Award for Fiction. A fatal collision — who’s to blame? Two bodies, two souls switch in search of justice.

When fifteen-year-old Hallie gets knocked flying by a Hurricane SUV, her life ends without her ever having kissed a boy. At an otherworldly carnival, she meets and argues with the eighty-two-year-old driver, Susan. Both return to life, only with one catch — they’ve swapped bodies.

Now Hallie has wrinkled skin and achy joints while Susan deals with a forehead zit and a crush on a guy who’s a player. Hallie faces a life in a long-term care residence. Susan gets picked up for shoplifting.

As they struggle with technology, medications, and each other’s fashion foibles, they start to understand and maybe even like each other. But can they work together to prove that a defect in the Hurricane caused the deadly crash? Or will their time run out?