First of all we need to change the title since YouTube is a trademark. So we have suggestions from grade 5 at Charles Beaudoin: Killing on the Internet, Death on a Skateboard (mine), Killing on Video.

Well as brainstorming goes, I’ve come up with this one because of something my good friend
and fellow writer Gisela Sherman said: Death Goes Viral.
Another friend and writer Lynda Simmons (Getting Rid of Rose) suggested I need more of a sense of place. So off I went to Maple Skatepark and took some photos. Who remembered that it was so small. There’s also a tiny one at Brant Hills but only one BMX biker at a time could go in that one.
The push is on. I want to have this off to my agent and Norwegian Publisher on Friday.
Wish me luck. 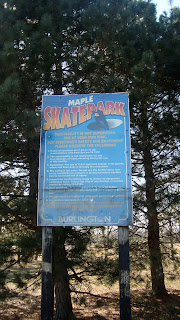 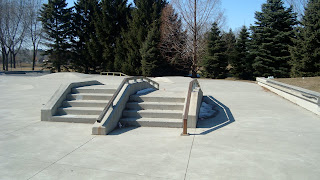 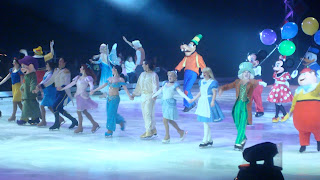 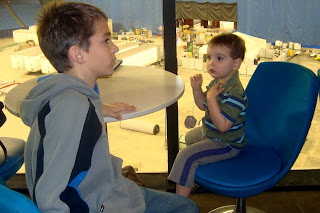 You think that it would be a relief to type “The End” when you’re done a book. First of all many writers don’t even do that–they type “-30-” some old-fashioned printer’s code to signal not to look further for more text to print.

Instead, I , and many other writers I’ve spoken to about this, get depressed. My process is to write as quickly as I can, much the way I read. I gobble up stories when I read, I spit out first drafts when I write. Then I have to decide whether I’ve shaped it correctly. Off it goes to fellow writers whose job it is not to applaud–although we can all use a lot of that–but to pick it apart before an acquisitions editor can. I think it’s the next leg of the journey that depresses me. The knowledge that there will be a whole bunch of flaws in my baby that I have to “correct”.
Really, though, it’s more like adding a second and third coat of paint. I splash down a first draft and the reader can’t see the colour that well until I add a second and third coat.
Anyhow, for this book, I feel pretty good. Thanks to the five classes I visited this year:
(two at) Canadian Martyr, Alexander Public, Brant Hills. The students were so hooked from the first reading, I felt inspired to continue. It also helps that my Norwegian publisher liked the first three chapters and outline. 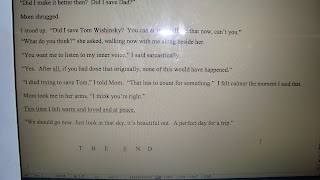