So close to the end of Avalanche, the last book in my Wild Life series for Norway and Sweden. I’m actually writing the resolution and dealing with all the emotional wounds and arcs for all four books. Ahh! So when my daughter Jen invited me swimming, of course I said yes. Water helps the right brain.

I dressed baby William in his swim diapers and board shorts, a t-shirt and a hat and off we went to the pool. Three lengths or so and then William fell asleep. We headed back up to the condo where Jen gave me a facebook tutorial. She also made it so that my blog would automatically show up on the facebook. So what do I do about unknowns wainting to be my friend? What about identity theft? Maybe I should go back to finishing Avalanche. 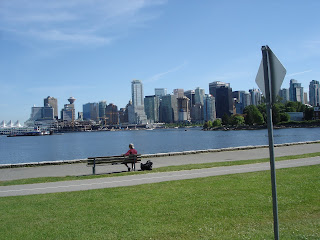 Thinking over my Vancouver, BC vacation—my highlights have to be: staying with Norma Charles, fellow kids’ writer, and Brian Woods, her partner in life and kayak, we always had great chats; going to see a play called “Unhinged” on Granville Island. It was a very funny story about a bunch of women and how they raised their teens. Going to the hotsprings at Harrison. No one can be stressed in a huge pool of very warm water. Rollerblading in Stanley Park. I rested a lot while my husband Bob took amazing photographs. The park has so many interesting sights from totem poles to cruise liners, aquariums to horsedrawn wagons. I hope to post at least one later. And then coming home to family complete with two great grandsons, one six, (Hunter with two almost in adult teeth), the other four months, (William with two almost in baby teeth) and my cute well-trained Jackapoo puppy, Mortie. Of course it was nice seeing Jen, Robin, Craig and Adam too. 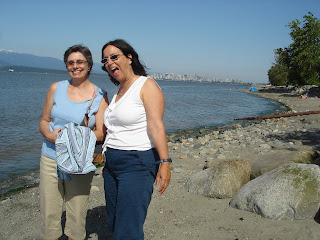 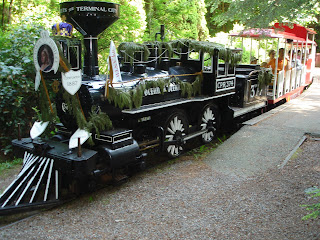 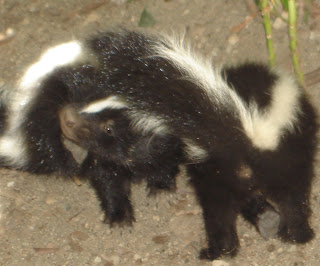 The weather and scenery here are heavenly. I had a great interview with Priya on CBC West Coast Live when I first got here, then went immediately to autograph Beauty Returns at Vancouver Kids Book Store.

The students I met from grade 6, 7, and 8 in Coquitlam at the Poirier Library were super, enthusiastic and attentive. After that I picked up Deb Loughead, another writer, from the airport and we sight saw (is that a verb?) together. At her residence there were seven baby skunks near the outdoor steps. When I get home I’ll upload photos that I took of them. We also saw the head of a seal poking up over the waves in Spanish Bay. He’s just a speck on the photo.

We enjoyed a kiddy train ride in Stanley Park through huge dark trees. We loved the gaping vistas of oceans, sailboats and steamships passing by.

Everything in BC is eyecandy.

Margret Atwood delivered the Margret Laurence address which was kind of a highlight of the whole Writers’ Union AGM.